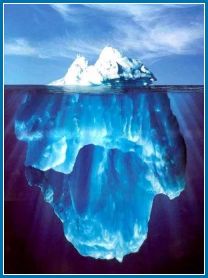 “I just finished the Duke Ellington biography by T.T. – all those pages written and read, only to reach the conclusions that (a) Duke Ellington remains an enigma, and (b) he really had no flair for writing melodies…sigh…if he would have ditched the cod musicology and opted for a deeper biography, it might have been a rewarding read. And, yes, we all know by now about Duke’s “appropriations” of others’ bits and pieces, and the strange working relationship with Billy Strayhorn, but surely he had some inherent talent of his own???? (that’s more of a rhetorical question, the answer being, of course, YES!!!). And what’s the reasoning behind our armchair quarterback’s assessment of Duke’s lacking in melodic skills? He cites the fact that not many singers covered Duke’s songs – you don’t hear them covering Debussy or Monk that often, either, but that doesn’t make their writing any less melodic. And, furthermore, I – ah, forget it – I’ve spent far too much time on this already…”

This ‘no melodies’ chestnut has been around for a long time, and like Ken, I agree that it’s bullcorn.  But even if you want to make the case for it, so what?  The melodies are not where Ellington’s genius was most often found.

I like to play a little game with artists of all types that I call “Where’s the Nugget?”  It comes from the realization that anytime somebody comes up with something that a lot of people respond positively to, there must be something of value in it somewhere.  The trick is to figure out where.  Or as Groucho Marx famously mused in A Night at the Opera, “There must be some way I can get a piece of this…”

For example, Andy Warhol silk-screened Campbell’s Soup cans and reproduced them large scale on gallery walls.  It’s a friggin’ soup can!  A consumer good!  A commodity, like Marilyn Monroe…

What about Madonna?  She has sold more than 300 million records worldwide, making her the best-selling female artist of all time–all this, despite the fact that she’s really a pretty mediocre singer.  But she’s a ‘cultural icon’, whatever the hell that means, who has repackaged herself so many times that I’ve lost count.  Her breakout second album, Like A Virgin, contained the hit song “Material Girl”, where she channeled…Marilyn Monroe.

In the case of the Ellington Orchestra, it’s true that some of the most memorable melodies were composed by Billy Strayhorn, Juan Tizol, and others.  But for me, it was Ellington’s voicings and general approach to harmony that placed him ahead of his time and created his ‘sound’.  The melody was, in many cases, irrelevant.

A classic example is “Mood Indigo”, from a melody from Barney Bigard by way of his clarinet teacher Lorenzo Tio.  The Wikipedia entry summarizes it correctly and thusly, so I don’t have to:

“What makes the original recording(s) so interesting is the fact that Ellington has taken the traditional front-line of trumpet, trombone and clarinet, and turned them “upside down.” At the time of these first three recordings in 1930, the usual voicing of the horns would be clarinet at the top (highest pitch), trumpet in the middle, and the trombone at the bottom (lowest pitch). In “Mood Indigo,” Ellington voices the trombone right at the top of the instrument’s register, and the clarinet at the very lowest. This was unheard of at the time, and also created (in the studio) a so-called “mike-tone”—an effect generated by the overtones of the clarinet and trombone (which was tightly muted as well). The “mike-tone” gives the audio-illusion of the presence of a fourth “voice,” or instrument.”

If we take away everything but the melody line of Mood Indigo, what are we left with?  Bupkis, I’m afraid.  But with his approach, Ellington transformed a simple, stepwise melody into a song for the ages.  And he did this time and time again, with melodies both memorable and forgettable.  And yes, I do agree: his sturdiest melodies came from the pen of Billy Strayhorn.

Great melody writers are rare, and they often gravitate to musical partners who provide the yang to their yin.  The most obvious example from the previous century of pop music is the Beatles.  Paul McCartney was, and continues to be, one of the greatest crafters of melody in pop music.  His writing partner, John Lennon–not so much.  I love Lennon, more so than McCartney in many ways, but compare the melodic line of I Will to Julia, which have the somewhat unfortunate distinction of appearing in consecutive order on The Beatles (aka “The White Album”).

McCartney’s I Will is a classic melody, incredibly singable, with an 8-bar bridge that is nothing short of genius, simultaneously tying the song together and pushing it gently forward, exactly what a bridge is supposed to do structurally.  Oh, and it has a masterful coda that again quotes the bridge to bring the tune to its perfect conclusion.  All this in less than two economical minutes.

Lennon’s Julia has the same feel and subject matter: a gentle love song, albeit for his mother.  And it is a lovely song, full of plaintive longing for a woman he desperately wanted to know better.  But melodically?  Please.  It’s not until the eighth bar, after sixteen words of lyric, that the melody abandons the fifth to step down to the root.  It has an unfinished, wandering feeling overall; perhaps well-suited to Lennon’s unresolved feelings of abandonment as a youth, but pretty lazy musically.

So, to return to my point (and I do have one): melody is not all it’s cracked up to be.  If it was, James Brown would not have had a career.