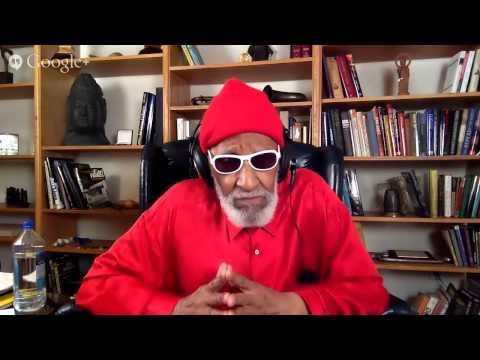 “I suppose you are wondering why I called you here today.”

And it’s not even September yet.

I don’t know why, but this is shaping up to be the year that popular culture decided to take a dump on jazz.  Everyone from the normally sympathetic New Yorker to the Washington Post decided it was a slow news month, so time to let ‘er rip.

Also, Robin Williams hung himself a couple of days ago, and he was the closest thing to an improvising jazz musician in the world of comedy.  And since starting this blog post, Lauren Bacall has died.  Not particularly known as a musician or an improviser, but as a youngster she did teach me how to whistle.  Quite memorably, I might add.

In short–a lot of deaths.  But for those of us still around, we get to endure a ‘humor’ piece in The New Yorker supposedly quoting Sonny Rollins, about how much he hates jazz and regrets wasting his life on it.

OK, I get it–jazz musicians, especially old school, can be pedantic.  It’s ‘The Opposite Game’, kids!  Remember that from 4th grade, riding the school bus?

Jazz musicians, by the way, are a particularly irreverent lot with wicked senses of humor.  But when we form a circular firing squad, it’s generally not a universally revered icon like Sonny Rollins standing in the middle.  I’m not going to say who is usually in that spot, but his last initial is “G”.

And let’s bear in mind that Sonny Rollins is now 83 years old.  Is this a great time to publicly besmirch his name, after all the music he has given to the world?  All for the sake of a cheap laugh that most people will take at face value, since they don’t know who he is?  Har de har har.

Sonny made a videotaped rebuttal through a sympathetic interviewer, where he makes a lot of good points.  But for me, the best part was when he talks about how jazz is such a small part of the music industry, so why do people feel compelled to attack it?

Again, something we hopefully learned by fourth grade.  “Why don’t you pick on somebody your own size?” was a common playground refrain.  But I guess The New Yorker was absent that day.  Or maybe it skipped recess to work for extra credit in the library.  Wussy.

But it gets even better!  Next we get this drivel from the Washington Post‘s op-ed page, “All That Jazz Isn’t All That Great”, which I guess was inspired by pushback from the New Yorker piece.  This garbage excuse for editorial writing purports to be a direct take-down of jazz music, based on some laughable prejudices of the author, one Justin Moyer.  Justin is imminently qualified to speak on this 130-year old American art form because he–wait for it–“studied jazz while an undergraduate at Weslayan University”.

So what is his beef, exactly?  Well, here is his lead.  Jazz music takes great songs and throws away the lyrics.  And we all know there’s nothing of value left when you do that.  As Bill Cosby would say, “Riiiiiiiiiight.”

Never mind that a lot of lyrics were added to the songs after they were originally recorded as instrumentals.  Or in the case of many show tunes, they were transformed into jazz standards after the fact, and re-harmonized to serve as springboards for improvisation.

Oh, but Moyer the All-Knowing has that covered as well.  He continues:  “Improvisation isn’t all it’s cracked up to be.”  And then blithely insults Phish, the Grateful Dead, and Wes Montgomery in the same breath.

OK, we can easily decimate this asinine assertion, but is it even worth it?  Somebody that clueless is really to be pitied and then walked away from–quickly.  At a cocktail party, Justin Moyer would be standing alone, or wearing his drink, or both.

It sure as hell isn’t somebody who should be given ink in the Washington Post, but somebody on their editorial board obviously disagrees.  Why is this worth printing?  I have to admit I just don’t get it.

And speaking of older jazz musicians being forced to endure hardship late in life, when we really should be erecting statues to them–pianist Cecil Taylor was recently swindled out of a $500,000 prize by a man he made the mistake to trust–a contractor working on his neighbor’s house.  Said contractor accompanied him to Japan to claim the prize, then allegedly switched bank account numbers to receive the wire transfer himself.  And spent, or hid, the money.

I can’t even crack wise about that one.  It’s just too sad.  Especially for an artist who has labored so long for so little.

The good news is, there’s only four and a half months left in 2014.  What else could possibly go wrong?