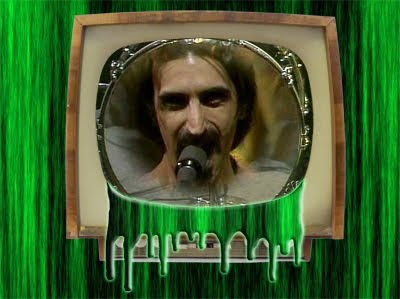 I tried to warn you people.

It’s that time of year again!  Get set for:

America’s Got No Concept of Talent–The latest crop of self-immolating yodelers eagerly ignite themselves for your viewing pleasure.  New rule for this season: only one winner from each district will be permitted.  This year’s Celebrity Judges include David Lee Roth, Vlad the Impaler, and Snooki.  Sponsored by Pro Tools.

The Jared Glunto Hour–Long-awaited network return of the Americana (whatever the hell that is) Recording Artist, who will have plenty of airtime to revisit all his favorite themes: accordions, crop rotation, buck knives, shrimp gumbo, and the Dallas Cowboy Cheerleaders.  Sponsored by Halliburton.

Gluten! The Blue Plate Spackle–Cooking show dedicated to that magical substance once reviled, now revered.  Because let’s face it, you people have the attention span of mayflies.  Hosted by former US Presidents Richard M. Nixon and Ronald Reagan (digitally rendered).

That’s So Sybil!–High-concept rom-com with a different actress playing the title character each week, much to the chagrin of her put-upon but affable spouse Darrin, played by JK Simmons.

The Don Knotts Story–A story too small for the big screen invades your home instead.  Starring John Waters in the title role, and featuring Edith Massey as ‘Aunt Bea’ (archival footage).  Sponsored by Hallmark.

I’m Gonna Get You Sucka–Tag-team Grudge Match with Steely Dan’s Walter Becker/Donald Fagen facing off against Every Studio Musician They Ever Employed.  Sponsored by Red Bull.

There Will Be Blood–Follow-up match as Baby Boomers choose up sides to decide once and for all who is better, the Beatles or the Stones.  Sponsored by Depends.

Awwww, Dasso Cute!!!–The best of social media’s animal clips compiled daily, because who has the time to hunt all that down by yourself?  Co-hosted by Julian Assange and Edward Snowden.  Sponsored by The Koch Brothers.

NBC Newstainment Nightly–mid-season replacement for Keeping up with the Kardashians.